We had originally planned on staying at the same campground for our entire stay in Kansas, but ended up deciding against that. It turned out to be a good decision, because after a couple hours of driving across the state, we did not really want to go all the way back to where we had started the day.

Our first stop was Pawnee Rock. This was the half-way point on the Santa Fe Trail. It is basically a small mound out in the middle of flat farmland. They have built a small monument on the hilltop now, and you can see for miles and miles in every direction. 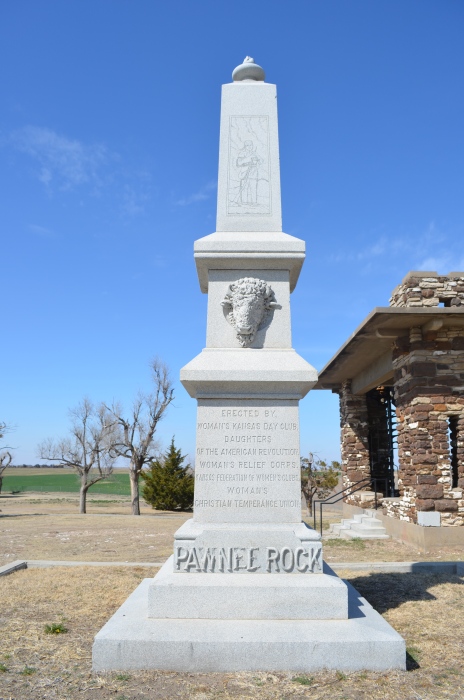 Once again, we appear to be all alone…

From Pawnee Rock, we continued down the highway for about 7 miles or so until we came to Fort Larned National Historic Site. We pulled into the parking lot at about 4:20, hoping that they were going to be open until 5pm. As it turns out, they close at 4:30. We ran to the Visitor’s Center to get a pin and a stamp in our passport, assuming that would be all we had time for. We were all prepared to simply admire the grounds on the walk back to the car, but we were invited to go along with the Ranger as he locked up for the night. We thought we would simply be able to peek inside the buildings as he locked up, but he ended up giving us a personal tour! We did not end up leaving the park until 5:45pm. They closed at 4:30pm. That was completely unexpected, and we couldn’t be more grateful! 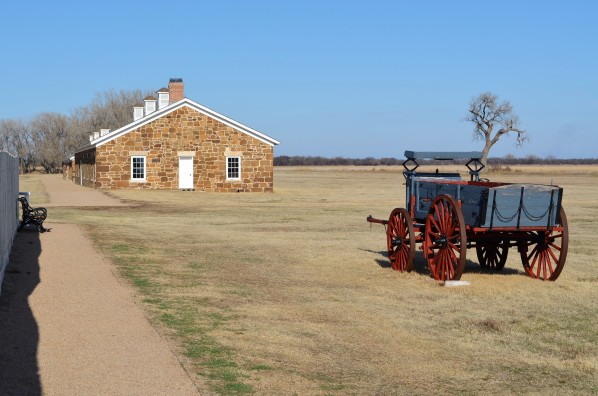 Names etched into the walls.

Special punishment for the really bad guy. They put Nathan in there… 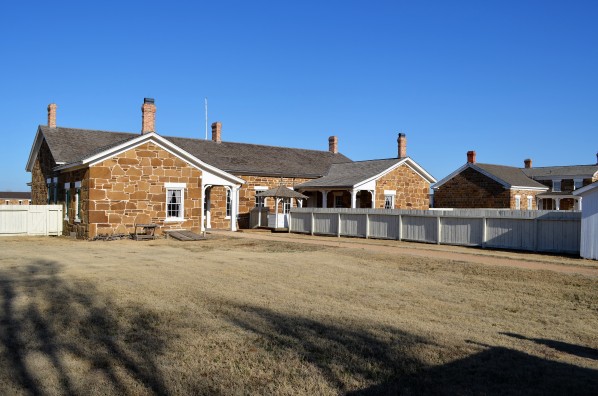 From there, we drove to Dodge City. There was a campground we were going to check out, but it turns out Dodge City is a much larger town that we had anticipated. Not very comfortable tent camping in an unfamiliar city, we opted for a hotel for the night. We stayed dry during the night rain, and after a nice hot shower, we were all refreshed and ready to go explore Dodge City in the morning.