Nathan had his first wrestling tournament last Friday. The tournament was broken over two days with different age groups wrestling at different times. Fifth and sixth grade went on Friday night, so there were only three kids from Nathan’s wrestling club there. 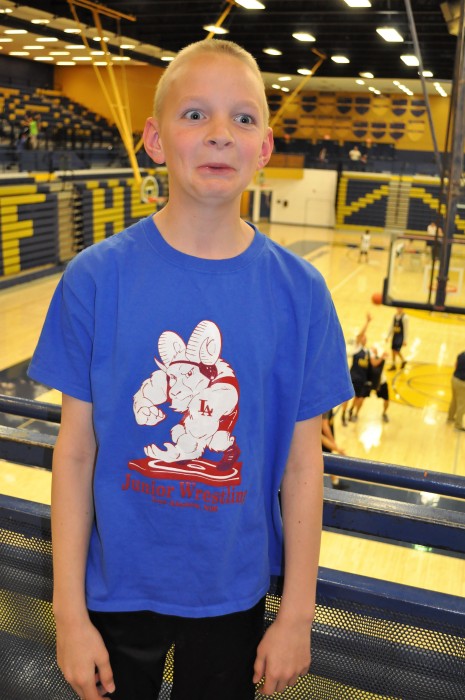 We arrived in Santa Fe at 5:00pm, but the tournament got off to a late start due to basketball practice. Once they got the mats rolled out, though, they kept the matches rolling rather quickly. 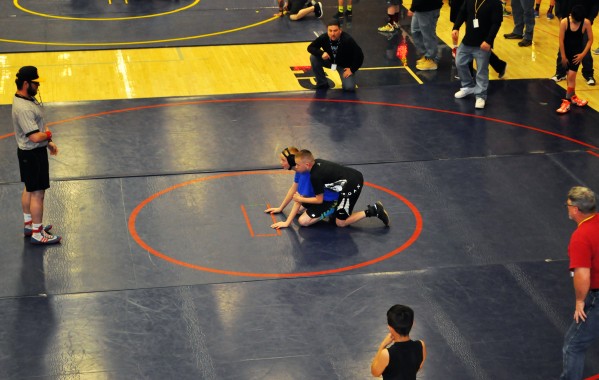 Nathan had two matches. He lost the first and won the second. Liam was great at giving him tips and showing him moves that would be helpful. Nathan did really well and was super excited to place 3rd in his weight group.

His next age-group tournament is next Friday, and then they will have the team tournament and duals. The season is almost over, but Nathan has learned a lot and is looking forward to wrestling in middle school next year.