Why yes, as a matter of fact we would like to go to Wyoming!

It had been years since either Rob or I had been in Wyoming and the kids never had been, so we were all pretty excited when we crossed the state line. I think the kids expected something exciting to happen, though, like fireworks going off or an amusement park to pop up our of nowhere. No such luck, I’m afraid. Still, it was a new state.

We decided that for us to “claim” a state on our state stickers map, we would have to visit at least one attraction and spend at least one night. This is not very hard to do since there are so many things to do pretty much everywhere.

In Sheridan, we visited the Trails End National Historic Site. It was absolutely beautiful. We didn’t pay to go inside, but we did wander around the grounds and through the courtyard.

The kids (William) ran around like loons, chasing squirrels. They obviously needed to run. Rob and I did our best to pretend like we did not know where their parents were, but I do not think we were successful.

We spent the night halfway between Sheridan and Gillette, so this morning we officially added Wyoming to our map. 🙂 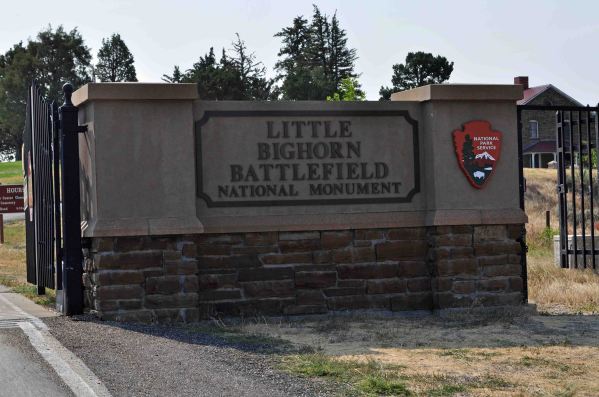 You can see where 220 soldiers, scouts and civilians are buried together under a single monument. Many of the officers were taken home to be buried. Custer himself is buried at West Point. There is a mass grave for the horses as well.

You can almost see the Native’s down in their camp on the river. The women and children running for the trees, the warriors coming out ready to defend their families, their way of life, their freedom. And you can see where some of them fell as well.

There are ceremonies every year honoring the men who fell on June 25th and 26th, 1865. 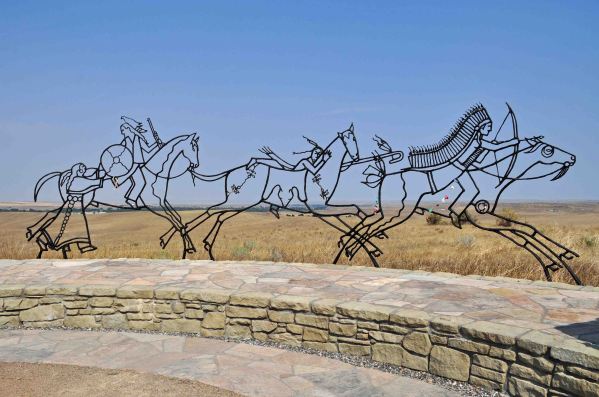 The Monument is beautifully preserved and documented. And it is powerful. Very, very powerful.